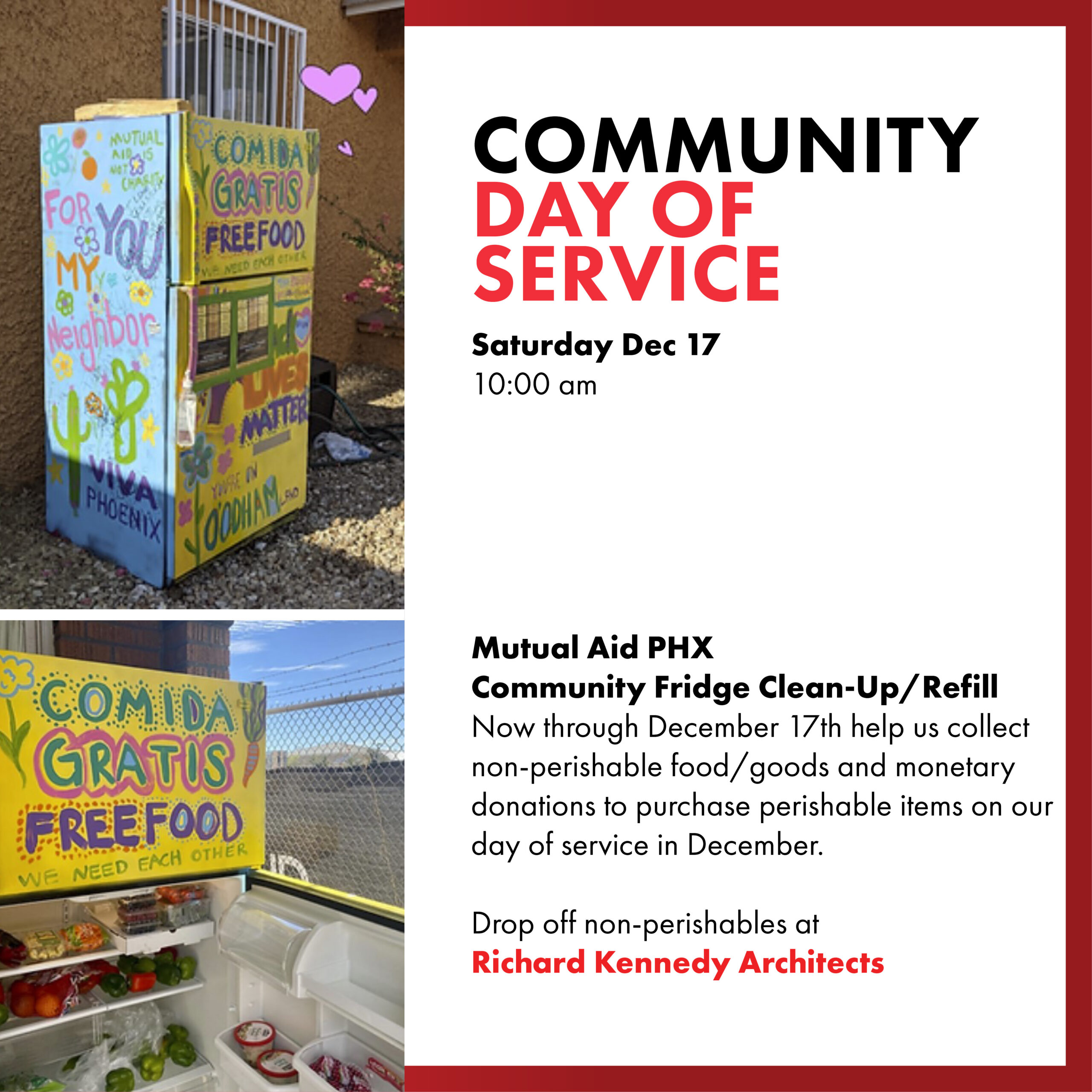 Each year our chapter participates in giving back to the local community. This year, our chapter voted to focus on contributions to grassroots mutual aid efforts in the Central Phoenix Community. Now through December 17th we invite you and everyone you know to collect non-perishable foods/goods and monetary donations for perishables to be purchased on our day of service on December 17th. Our goal is to come together on Saturday December 17th where we will divide all who come into two groups. The items we’ve collected will be divided among the groups and we will set off to tidy up and refill the two local fridges located in the Encanto and Garfield neighborhoods. Should folks want to drop-off goods before December 17th, Richard Kennedy is more than happy to collect and store in their office until December 17th.

What is mutual aid? (from the Mutual Aid PHX website)